7 1968 Dr. K. Hammacher, Dusseldorf Univ and Hewlett-Packard market commercial FHR monitor - HP-8020-A – to US hospitals Marketed as the “Baby-sitter”; (allow fewer nurses if auscultation not required) “Take the guesswork out of that critical phase of life” “Credited with saving many tiny lives already in Europe”

12 Why care about electronic FHR monitoring?
“Continuous electronic fetal monitoring (CEFM) was introduced with an aim of reducing perinatal mortality and cerebral palsy. This reduction has NOT been demonstrated in the systematic reviews of RCTs; however an increase in maternal intervention rates (cesarean and operative vaginal deliveries) has been shown.” – Royal College of OB GYN

14 Why care about electronic FHR monitoring?
Bottom line: We care because the community standard and malpractice lawyers insist we care If applying for FDA approval in today’s environment, CEFM lacks sufficient evidence to justify its use Premature adoption of technological solutions may not bring the desired results, and in fact may cause harm ACOG Practice Bulletin #70; 2005

16 Now what? So if the 800 lb gorilla (CEFM ) is here to stay…
We need to understand its use, current terminology, and place in labor management

18 American Journal of Obstetrics and Gynecology
NICHD Terminology American Journal of Obstetrics and Gynecology Volume 177(6) December 1997 pp Electronic fetal heart rate monitoring: Research guidelines for interpretation [Clinical Opinion] National Institute of Child Health and Human Development Research Planning Workshop. “The purpose of the National Institutes of Health research planning workshops is to assess the research status of clinically important areas. This article reports on a workshop whose meetings were held between May 1995 and November 1996 in Bethesda, Maryland, and Chicago, Illinois. Its specific purpose was to develop standardized and unambiguous definitions for fetal heart rate tracings.”

25 NICHD Terminology What other terminology was dropped?
Baseline variability determined visually as a unit; no distinction between short and long term variability; “Beat to Beat variability” term eliminated Terms “reassuring” and “non-reassuring” not formally included

52 What kind of Deceleration?

54 What kind of deceleration?

56 What kind of deceleration?

57 Vs. this kind of deceleration?

58 Both are Late Decelerations, but…

62 What kind of deceleration?

64 Variable Decelerations
What is the physiology? 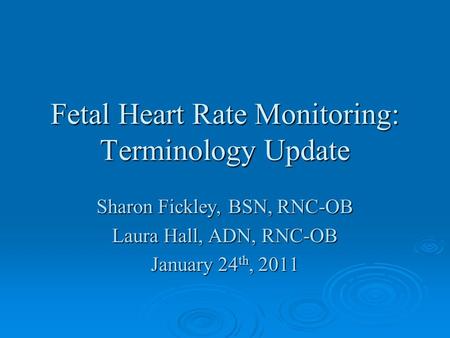 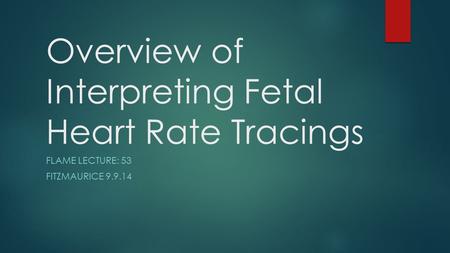 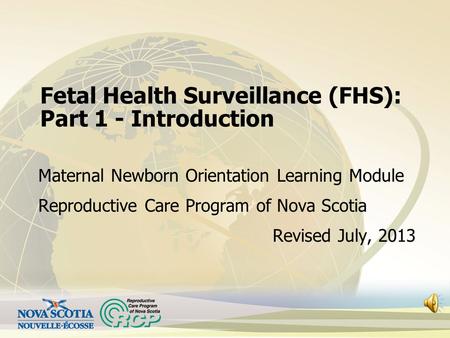 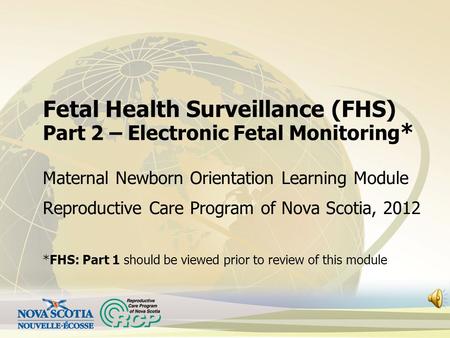 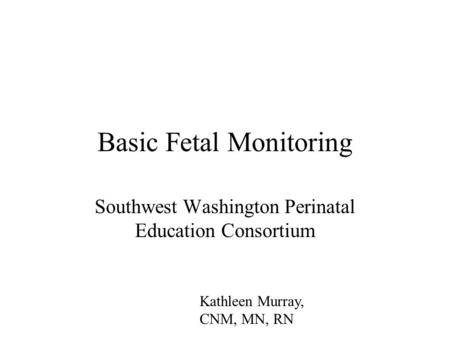 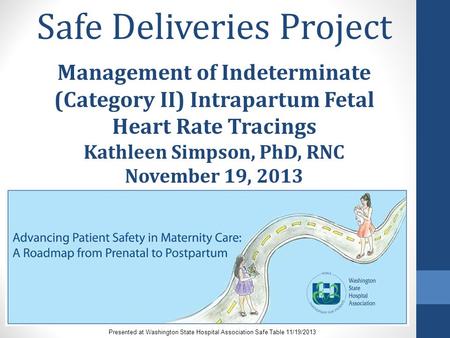 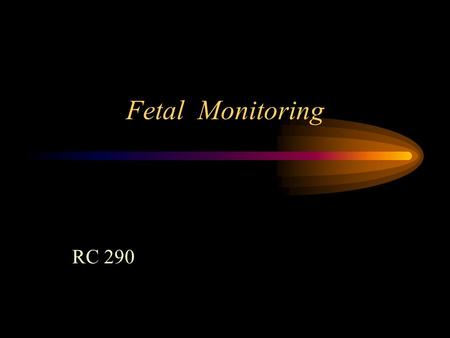 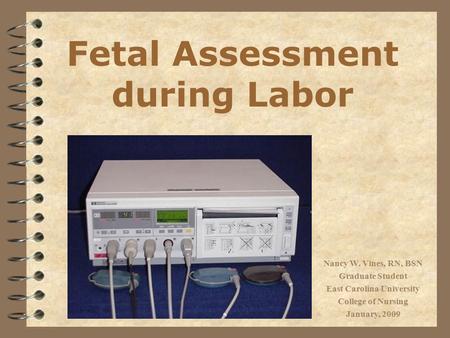 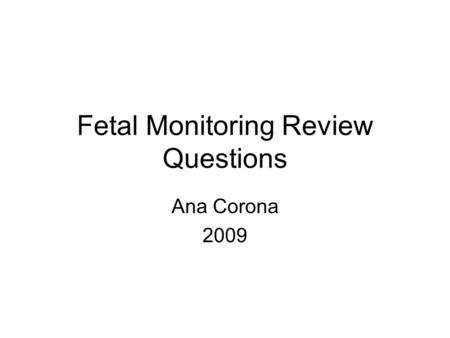 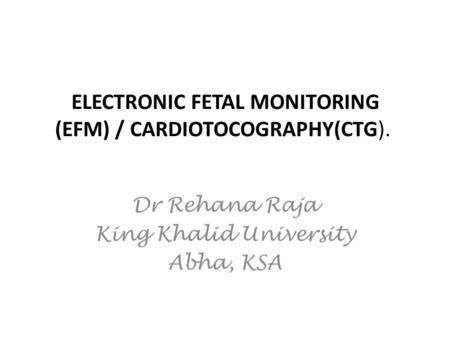 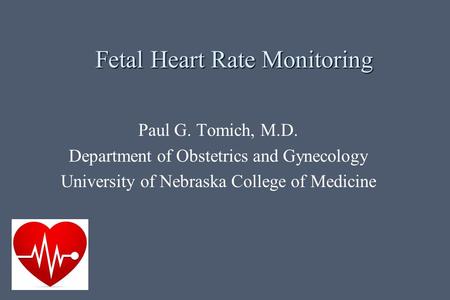 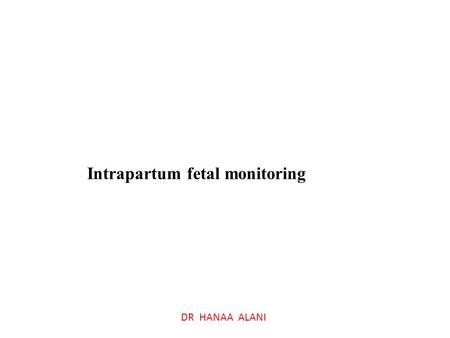 DR HANAA ALANI Intrapartum fetal monitoring. The intrapartum period is probably the most dangerous and traumatic period of our lives – a time associated. 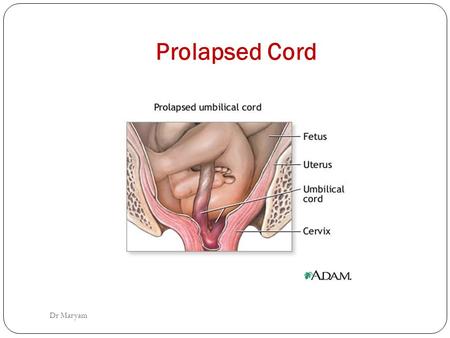 Prolapsed Cord Dr Maryam. Prolapsed Cord In order to understand about 'what is prolapsed cord', you can visualize the normal consequences in natural child. 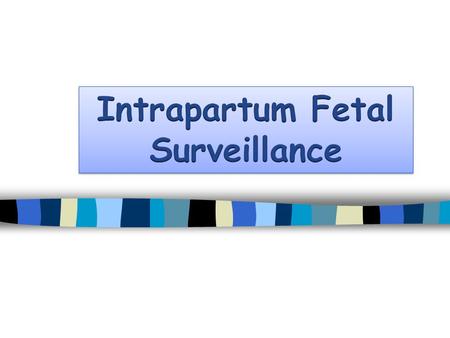 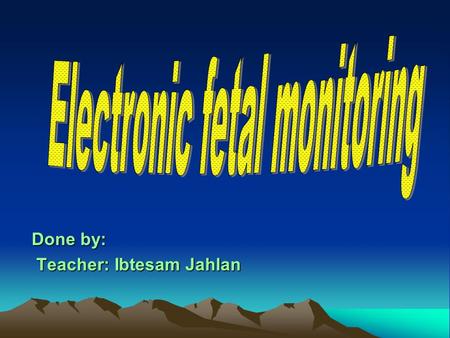 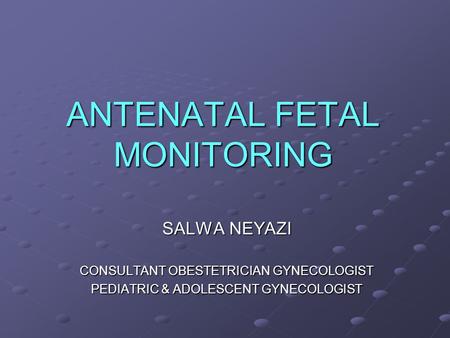 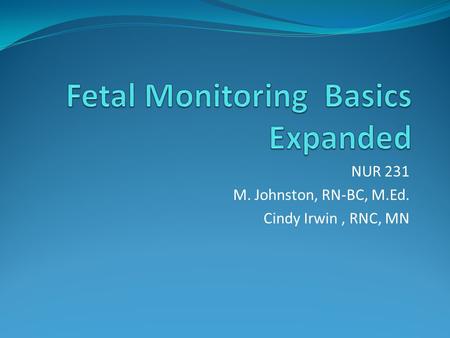 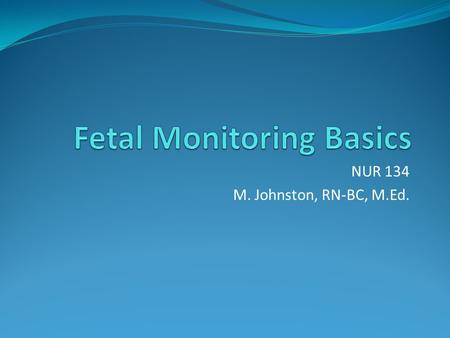 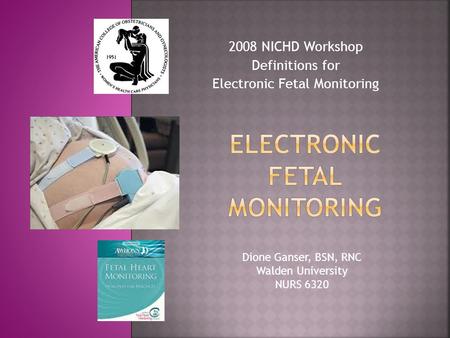 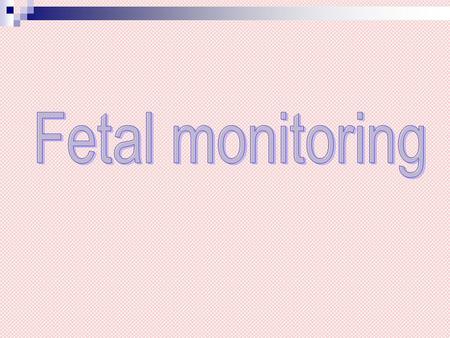 Why perform fetal monitoring Identify the fetus in distress To avert permanent fetal damage or death.