Road to World War One Arms Race Britain and Germany trying to military ‘out-might’ the other and ‘out-colonize’ the other 1906: Dreadnaught launched.

Presentation on theme: "Road to World War One Arms Race Britain and Germany trying to military ‘out-might’ the other and ‘out-colonize’ the other 1906: Dreadnaught launched."— Presentation transcript:

2 Road to World War One

3 Arms Race Britain and Germany trying to military ‘out-might’ the other and ‘out-colonize’ the other 1906: Dreadnaught launched Britain wanted Canada to help by funding the British navy

4 The policy of building up military forces and weaponry and threatening armed aggression Britain: “ruled the waves” Germany: most powerful army in Europe Needed to maintain “balance of power” Militarism

5 End of the Empire Much of Eastern Europe was dominated by three weak and crumbling Empires: –R–Russia –O–Ottoman –A–Austria-Hungary

10 Germany Kaiser Wilhelm II –Before he died he wanted his “place in the sun” –"It is not by his will that he will unleash a war, but by his weakness." King Edward VII writing about his nephew, Kaiser Wilhelm II, in 1905.

11 Congress of Vienna (1815) After the defeat of Napoleon, major powers worked together in alliance systems to prevent another nation’s hegemony

13 Entente Cordiale Series of mutual defense pacts signed between Britain, Russia and France Germany knows she is condemned to a two front war

18 The spark that ignited “the war to end all wars” Archduke Franz Ferdinand was assassinated while visiting Sarajevo, Bosnia on 28 June 1914 by the Black Hand (a Serbian nationalist secret society)

20 Austria-Hungary Reacts A-H blames Serbia A-H now has a legitimate reason to take Serbia However, Russia was obligated to defend Serbia One thing leads to another…

22 The Irony of Alliances

Download ppt "Road to World War One Arms Race Britain and Germany trying to military ‘out-might’ the other and ‘out-colonize’ the other 1906: Dreadnaught launched." 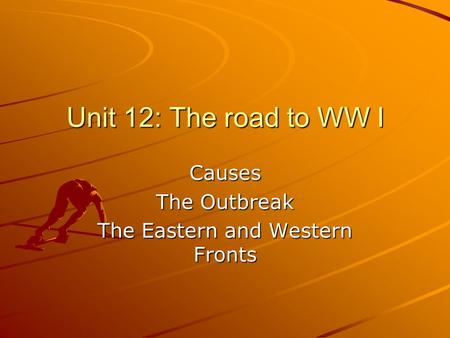 Unit 12: The road to WW I Causes The Outbreak The Eastern and Western Fronts. 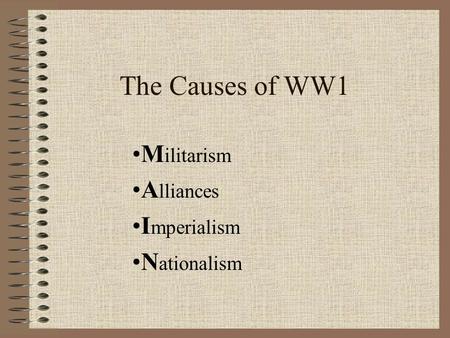 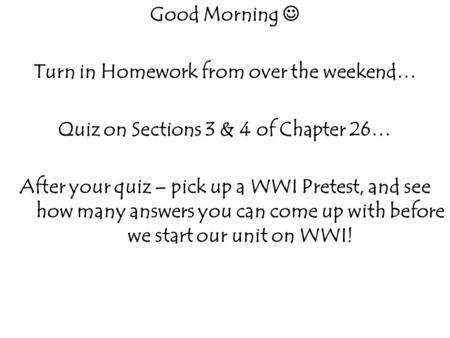 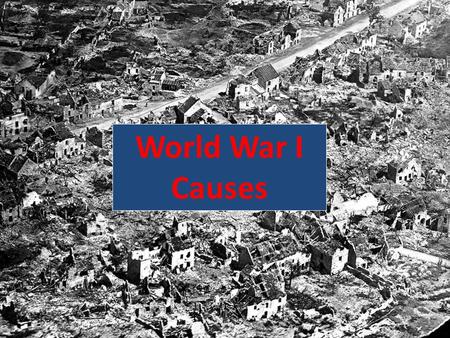 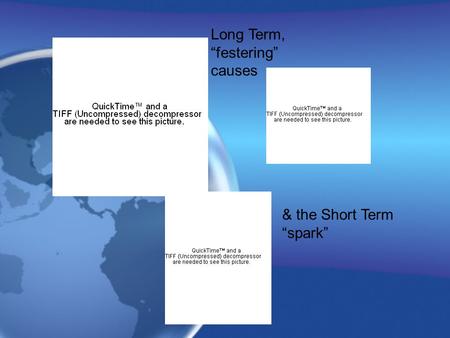 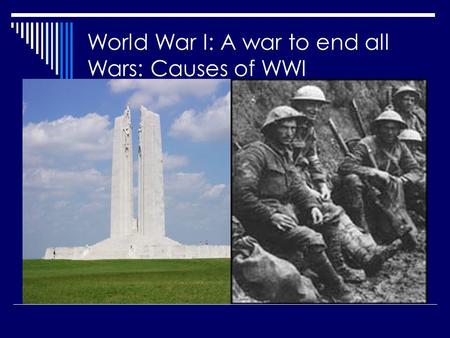 World War I: A war to end all Wars: Causes of WWI. 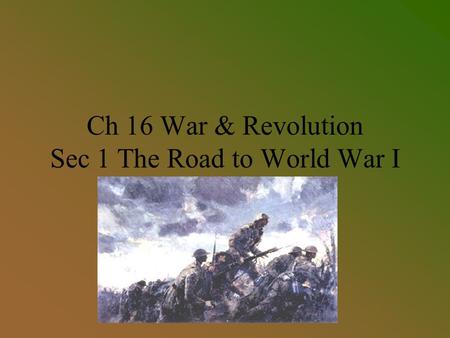 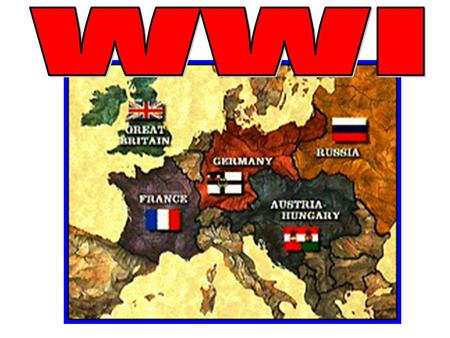